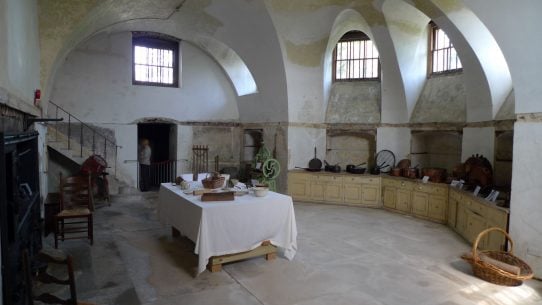 The Favourite,  Yorgos Lanthimos’ bawdy baroque comedy has begun an impressive UK box office run after winning glory at the Venice Film Festival and at the Golden Globes.

The majority of the filming took place at Hatfield House.  However, two scenes were filmed in the beautiful Palladian villa, Danson House in Bexley.

The cavernous Victorian basement (shown here) provided the setting for the servant quarters where Abigail finds her new sleeping area on the floor and where, in another scene, she is given a less than dignified wash along with the other servants.

The crew then dressed another area of the basement kitchen to look like a much more luxurious Turkish bath. Queen Anne and Sarah Churchill share a mud bath here later in the film.

Staff from FilmFixer/Bexley Film Office were there to provide access to the park and worked with the crew to ensure that the shoot went smoothly and that no damages occurred in the grade I listed building while filming took place.