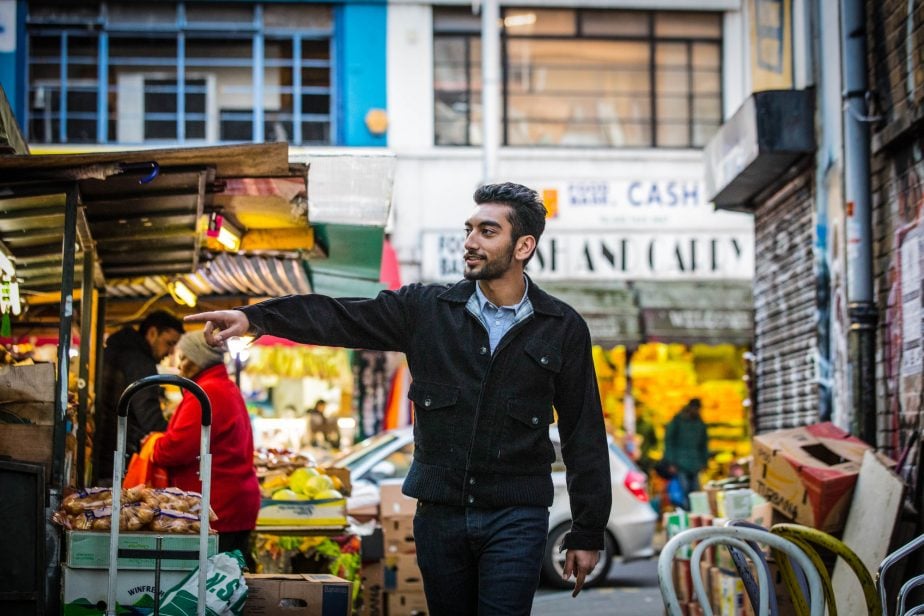 The BBC’s new character-driven thriller centres around Raza, an everyday, young second generation British-Pakistani man from London who is coerced into informing on his friends, neighbours and members of his community.

Neal Street Productions, who make Informer, did a fantastic job of involving neighbours in the filming process – with around 70 residents at Thamesmead in Bexley offered roles in front of and behind the cameras.

It stars Paddy Considine as Gabe a counter-terrorism offer who recruits Nabhaan Rizwan, playing Raza as an informer. Take a look at the trailer here.

The series will air on BBC One on 16th October at 9pm.

FilmFixer CEO Karen Everett says, “The production worked so well with Thamesmead residents that they opened their doors to allow cables to be plugged in, if need be, or have cast and crew use their place as a green room, and made all sorts of other offers to help.

“Producer Julian Stevens is heading back to Thamesmead to give a special free preview screening of the show, and a talk. Everyone who took part in the local filming, the local culture group, young ambassadors group, and other residents have been invited along. We’re really grateful to Julian and director Jonny Campbell for this and all their positive engagement.”

Julian and Karen spoke a little about resident engagement during filming on the estate in January this year. Take a look here.

Karen Everett continues, “We had about 20 locals as extras in the show, a local young person helped out with stunt ideas, it was great.”

Peabody’s Cultural Programme Coordinator for Thamesmead Lisa Drew added, “Thamesmead is celebrating its 50th birthday this year and has a rich history of filming. It was the main filming location for Misfits, and most recently featured in Sam Smith’s music video and the current PUMA fashion ad. We get a lot of filming requests and for us it is important that residents are welcomed in to the process – invited to take part in filming going on at their doorstep. This becomes a great opportunity to put their interest in film and TV into practice. We were delighted that this production was so open to including Thamesmead locals. Furthermore the production also helped us establish the 50th community fund, a fund that is made up of all filming fees made through filming in Thamesmead. It is for local people to help fund community projects. For more information.

Of the filming, producer Julian Stevens has said, “The story being set in London was one of the key things that appealed to me… I wanted to see my city shown in a way that it often isn’t… the less sexy, less glamorous locations go unnoticed. It’s in those hidden corners and in the shadows that this story comes alive. There are all shades of life, joy and happiness happening in London and we had a chance to go into those places and tell a compelling story. London’s a unique city, it has people from all walks of life, all cultures, all races and I think this show does too.

“It’s a big city to get around, it’s congested and noisy and not cheap but our team rose to the challenge… It helped that we had knowledge of the challenges that London can present. We filmed in quite dense housing areas where there are a lot of people who don’t want to be disturbed. We reached out to locals early on to try to and involve them. We sat down with residents from Thamesmead in South East London and listened to their concerns. They didn’t want to be taken for granted and wanted to be engaged in the process. We came out of that with some brilliant supporting artists and really friendly local residents who let us use their houses as holding and rest areas.

“… It’s also interesting to see Raza’s character going to the hipster flat in episode one and interviewing for a loft in a place that he’s been living in his entire life. These people have only been living there for a couple of years and the scenario is quite common to London now. People come in and make an area their own but that in turn pushes people out. Raza moves through those worlds and adapts himself to them every day. He rubs shoulders with members of his local communities and the newcomers.”

Karen Everett continues, “On Thamemead some of the most dramatic scenes were filmed but we don’t want to give anything away. Less dramatic scenes include Jin getting up and heading to work, Akash fixing his car by the garages, and Nasir and David meeting.

“Scenes on the fictional estate were shot across a range of locations including the Silverlock in Southwark as well as Thamesmead.

“Peckham residents welcomed the production into Birch Close and there was a generous donation to the Atwell Estate tenants and residents association by way of thanks. These were tense scenes involving the surveillance of suspected terrorists and later a raid involving ambulance and police cars.

“Still In Southwark, there’s a scene in the clothes shop Traid on Rye Lane where a couple of characters are trying on clothes. The K-I salon on Rye Lane features, and they filmed along the Thames Path by Greenland Surrey Quays Pier.

“The yard at Floyds Builders Merchants on Ilderton Road in Southwark was used.

“There’s a big scene at Nunhead Cemetery set among rows of modest tombstones where a coffin is carried through a crowd of mourners and Raza is clocked among crowd.

“At the Ark Walworth Academy School, there’s a scene of children and parents heading out of the school gates. And Printworks nightclub on Surrey Quays Road plays a Deportation Centre.

“In Lambeth, the M&A Hand Car Wash on Hinton Road saw a white van pulling in, with a man tied up in the back. Further along Hinton Road at Jet Petrol Station two old friends bump into each other at the pumps, and chat after not seeing each other for a while.

“In Lewisham on Lindal Road two cars pull up next to each other. The Rivoli Ballroom on Brockley Road hosted two days of filming.

“Under cover police drop in to Luggage & Mobile Accessories on Deptford High Street. The character Dadir follows Raza along Comet Street, revealing an Zastava M57 in his waistband to show he means business.

“The Family Halal butcher on Deptford High Street features, as well as the Albany Arts Centre.

“In Orpington, Bromley, a home on Fairbank Avenue was filmed over three days, including scenes of a woman escaping through a window.